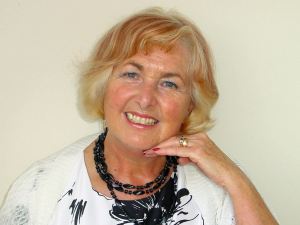 Lorraine Sencicle has lived in Dover for most of her life. Now a grandmother, she is married to Alan and has two grown-up daughters, Lynn Candace and Annelies, both of whom, like their father, attended Dover schools.

Lorraine is a trained nurse and a graduate from the University of Kent where she taught her degree subject, Economics. She became interested in local history in the 1980s, when fighting Dover District Council over the development of local open spaces and historical sites.

Since that time, Lorraine has continued opposing developments she sees as inappropriate at the same time as promoting Dover’s valuable local asset, its history. Besides an academically acclaimed book,Banking on Dover and the commercially successful book, Haunted Dover. Since 2004 Lorraine has been the regular contributor of the All Our Yesterdays page in the Dover Mercury and is now a regular contributor to The Way We Were Pages in the Dover Express.

2 Responses to About Lorraine

This site uses Akismet to reduce spam. Learn how your comment data is processed.