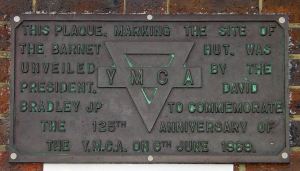 Although, at the time of writing, Dover does have YMCA facilities of particular interest is a plaque behind the Gateway Flats, on the first set of garages after Wellesley Road. The plaque states that it ‘… marks the site of the Barnet Hut and was unveiled by the President David Bradley JP to commemorate the 125th anniversary of the YMCA on 6 June 1969.’

The Young Men’s Christian Association, or YMCA, is a world-wide movement that was founded in London by George Williams, a 23-year-old draper, on 6 June 1844. The aim was to improve the ‘spiritual condition of young men engaged in the drapery and other trades,’ by putting Christian principles into practice. At the time London and other cities in the UK were rapidly growing in response to the industrial revolution.

Young men were leaving agricultural villages to find work in the cities but there the accommodation was often poor and squalid, while their social life revolved around pubs and brothels. Non-denominational Christian, the federation’s symbol was, and still is, an inverse red triangle. This represents its mission of building a healthy spirit, mind and body.

By 1851, YMCAs could be found in the US, Canada, Australia, on the Continent, as well as in many towns and cities in Great Britain. At first, they mainly offered Bible Study and companionship but they quickly saw the need for hostels, training schools and colleges as well as sporting activities. Indeed, the origins of basketball, netball and volleyball can be traced to the YMCA. 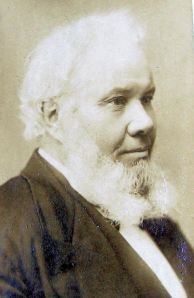 The YMCA came to Dover in 1856 and in the years that followed, under the active presidency of William Rutley Mowll, regular meetings were held in the Union Hall in Dieu Stone Lane. This was on the middle floor of a three-storey building but in 1894, the association moved to the new, purpose built Union Hall in Park Street.

At the time, the local branch did not provide accommodation, however, following the outbreak of World War I (1914-1918), the need became acute. There was a lack of accommodation and social facilities for soldiers stationed and passing through Dover. In 1916 the people of Barnet, Hertfordshire, raised the money to provide the Barnet Hut, which was erected on the then Liverpool Street. Here beds, bathing, dining and recreational facilities were provided. Accommodation, towards the end of the War became acute as soldiers were returning from the Front. The YMCA were loaned commandeered accommodation in Victoria Park to help out. 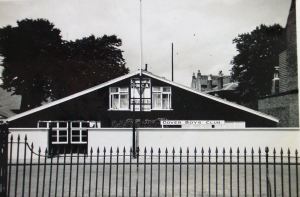 Following the War, the Barnet Hut, although still providing limited accommodation, also became one of Dover’s main social centres. That is, until the outbreak of World War II, when it was reverted to its original role. However, on Sunday 20 October 1940, a shell caused severe damage and the Barnet Hut was never to open again. 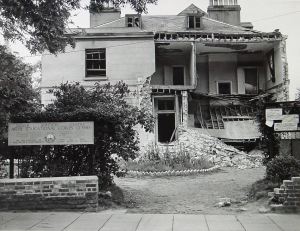 Through out the remainder of the War the YMCA remained active in Dover, including running a mobile library with resources provided by the U.S. British War Relief Society. Every week the library visited military sites in the area. The YMCA also provided recreational facilities for servicemen at various locations in the town but these were not immune to attack. On 3 November 1943, six gunners had to be rescued from under a snooker table when a shell demolished part of the YMCA facilities in St Martin’s House, Effingham Crescent. Just over six months later, on 7 June 1944, another shell hit YMCA premises seriously injuring four women and a man.

Peace returned and in February 1947, the YMCA successfully applied to convert Godwynhurst in Leyburne Road into a hostel. On their application, the YMCA management stated that, ‘there was very little accommodation in Dover for troops or people who were passing through to the Continent.’ With the help of Charles Chitty, a local philanthropist, Unitarian and miller, a youth club with a gymnasium was also provided, both of which proved successful. At the unveiling of the plaque behind Gateway Flats Charles Chitty was given a special mention. 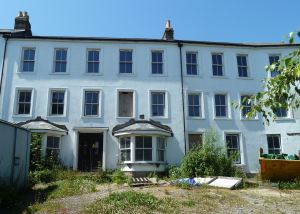 Although the Leyburne Road premises were extended in 1966 re-organisation, five years later, led to a change of emphasis to the youth facilities although still providing accommodation. It was said that the original building was proving costly to upkeep. In 1996, following a local appeal, the YMCA purchased the former Prince of Wales Sea Training School, in Princes Street. This provided more than 40 rooms and a gymnasium and refurbishment was helped by a £193,500 National Lottery grant.

By 2002, the plaque, behind the Gateway Flats, had been forgotten and was in a poor state. David Atwood, a Gateway resident, contacted Richard Mahony, of the Dover Maritime Restoration Group who restored the plaque and promised to maintain it. Two years later the YMCA, in Princes Street, closed its doors but YMCA still facilities at Charlton House, Dour Street and also a charity shop in Biggin Street.